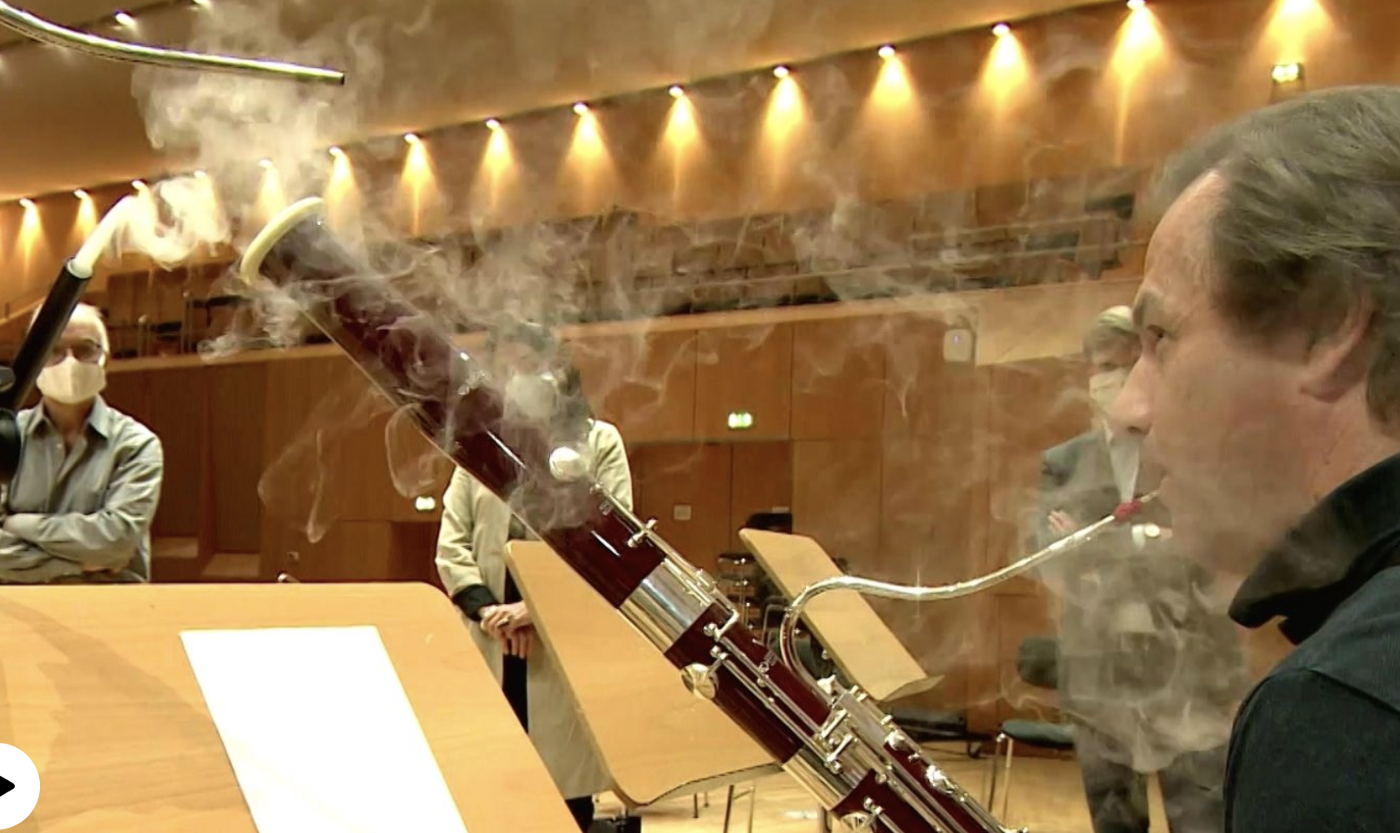 Wind Instruments May Not Be As Contagious As We Thought

There are more questions than answers right now regarding the spread of COVID-19 while playing woodwind or brass instruments in musical ensembles around the world. That may change by the fall.

A document was published by the Freiburg University of Music on April 25, 2020 entitled Risk Assessment Regarding Corona-Infections in Music Making . A section regarding wind instruments is quoted below.

To the best of our knowledge, there are no measurements of the viral load in the blowing air of wind instruments at present. It is known, however, that wind instrument playing requires an intensive exchange of air in the lungs and respiratory tract with sometimes high air pressures. To what extent the viral load is reduced by the airway in the instrument is unclear. It is to be assumed that the release of the breathing air into the environment during playing can lead to virus-containing aerosols. In addition, playing wind instruments causes condensation of the exhaled air in the instrument, which is to be regarded as another potentially virus-spreading material.

Then, a study regarding aerosol spread by The Bamberg Symphony published today shows preliminary results that look promising for trombone, bassoon, clarinet, oboe, and horn players. Excerpts from this report are below.

“We (The Bamberg Symphony) believe that playing a clarinet or a horn, for example, hardly releases any aerosols because the air flow in the instrument is slowed down where the sounds are generated.” said Marcus Axt, Director of the Bamberg Symphony Orchestra

Initial investigations revealed hardly any measurable breathing air movements with woodwind and brass players. Neither on the bell of a bassoon nor on the bell of a trumpet were there any turbulences in the artificial fog. If, on the other hand, you blew or coughed directly and without an instrument, there was severe turbulence. (watch video)

Professor Bernhard Richter from the Freiburg Institute for Musicians’ Medicine commented on the first examinations: “This confirms our expectations and makes us confident about the future of making music in public.”

Experts from an Erlangen-based company for fluid mechanics were commissioned to measure the air flows using sensors that escape from an instrument while playing. They were also made visible with artificial fog. The experiment was observed by two scientists from the Freiburg Institute for Musicians’ Medicine, who have so far recommended a distance of three to five meters for wind instruments.

After the measurements in the concert hall in Bamberg, further tests are to be carried out in the laboratory. The results will then be presented to virologists in Berlin and Munich, who will then formulate policy recommendations for action, according to the plan of the music director Marcus Axt.

At this preliminary stage of the Bamberg study, strong social distancing is still recommended (three to five meters) but results about aerosols were not as bad as anticipated. The videos provided from the study are also interesting to watch.

It is unclear if the study tested flutes or not. The instrument is not mentioned in the report nor seen in the video they provided. The recommendations for social distancing only mention brass players.

Could playing the flute vertically instead of transversely be a safer and easier way to perform in crowded sections while adding the recommended social distancing?

Dreligner Headjoints designed a vertical flute headjoint already. It is called the UpRite® headjoint with Suspended Instrument Technology.™ . Their website has a detailed description for its normal purpose. An excerpt from the description is provided below. However, this entire brochure is worth reading.

Drelinger Headjoint Company is continually working to develop new and innovative headjoints. We originally began work on the UpRite® for those having physical issues playing the transverse flute. As it turned out the UpRite not only heartily met this goal, but also filled other niches making it the flute of choice for many playing situations.

The vertical option could be used not only for its original purpose but also to reduce risk of viral spread and minimize social distancing.

However, the very high price of this novelty headjoint might pose a major obstacle unless more companies start making them.

Flute is one of the most popular wind instruments. In states like Texas, school bands usually have at least two rows of flute players. It is not uncommon to see bands with ten to fifteen flute players on stage playing very close together.

A specific scientific study focusing on flutes could corroborate the theory that a vertical flute versus a transverse flute poses less risk of contagion within a large flute section and would also make social distancing easier.

Managing condensation was also not mentioned in the Bamberg study report. Perhaps manufacturers could modify brass instruments to empty spit valves in a safer way?

Scientific studies that focus on wind instruments and the spread of COVID-19 are just beginning in the United States. Organizations like the College Band Directors National Association (CBDNA) and The National Association for Music Education (NAfME), among others, are working together with experts in the fields of instrumental music and science to spearhead this desperately needed research.

There are many forthcoming studies in the near future to gather stronger evidence. Although, it is encouraging that these preliminary results reported from Bamberg regarding aerosols presume that some wind instruments are not as contagious as we originally thought. However, social distancing will not go away anytime soon. It is still strongly recommended.

The contents of this article are for reporting and sharing of information only. Musicians should adhere to CDC guidelines as well as federal and state recommendations regarding social distancing.

For a beautiful performance of vertical flute playing, I recommend this wonderful video. “The Ergonomic Flute” Demo: Syrinx by Aralee Dorough.