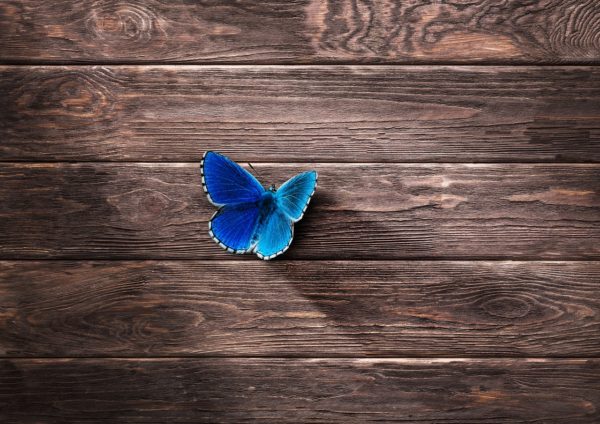 Why Day-of-Performance Butterflies May Actually Be a Good Thing

Use these when you perform.  Share these with your students as they prepare to perform solo or audition – curated from Bulletproof Musician, by Noa Kageyama, Ph.D. –

For most, waking up on the day of a big audition, competition, or performance feels very different from every other morning.

Things are just a little more unsettled. And it’s harder to go through your normal morning routine and enjoy a bowl of Chocolate Frosted Sugar Bombs as you might on a normal day.

Especially, when perhaps a few hours out, the butterflies kick in as your thoughts start drifting to the performance, and you begin imagining how things are going to go.

On some days, the butterflies just hang out and flutter about. But on others, your thoughts can begin to spiral out, creating an angry, swarming, exponentially multiplying kaleidoscope1 of butterflies, as Atlanta Symphony concertmaster David Coucheron explains in this brief video.

So it’s natural to wish we could simply be our normal chill selves on performance days.

But what if it’s actually a good thing to have some butterflies? Like, what if feeling nothing is actually a sign that you’re not going to perform so well?

A team of British researchers (Dixon, Jones, & Turner, 2019) recruited 37 male professional soccer players for a study on how their cardiovascular responses on match days might align with their actual performance in that day’s match.

Around 2.5-3 hours before a match, the researchers measured the athletes’ baseline heart rate, cardiac output, and total peripheral resistance.

Then the players listened to a short recording which said:

“Today you will be playing in an important match. As with all games at this level it will be demanding. It is another important step in your journey towards becoming a first-team player. As always the coach is interested in how you perform. Take some time to prepare mentally for the game as you normally would.”

And while the athletes sat and thought about the upcoming match, their cardiovascular reactivity was measured once again.

Previous research has found that a larger positive ratio of cardiac output to total peripheral resistance is indicative of what’s known as a “challenge” state. A physiological (and mental) state that is more conducive to performing well under pressure.

Meanwhile, a larger negative ratio of cardiac output to total peripheral resistance is suggestive of a “threat” state that tends to lead to worse performance. (BTW, you can learn more about this here)

So did their physiological state before matches have any relationship with their actual in-game performance?

After the game, both players and coaches were asked to rate their performance on a scale of 0-100%, where 100% represents performing at their best.

The players whose cardiovascular measures indicated a challenge state performed the best, with an average combined self and coach rating of 74.56%. Those who exhibited a threat state on the other hand, had an average score of 67.32%.

But wait! There was also a third group that emerged from the data.

Because when asked to think about the upcoming game, 16 of the athletes didn’t have much of any cardiovascular response. They remained totally calm.

And how did these players with a “blunted” physical response perform in that day’s match?

They performed the worst. With an average score of 62.97%.

I know the butterflies aren’t always pleasant. But I wonder if some of that is due more to the unpleasantness of our emotional reaction to them, and the meaning (bad performances) we associate with this feeling, than the physical experience itself?

Like, would you feel differently about them if you believed that it was a good thing to feel some butterflies on the day of a performance? And that you should actually be more worried perhaps, if you feel nothing at all?

I know this may seem like a small thing, but hopefully the knowledge that pre-performance nerves can predict positive experiences on stage, and aren’t necessarily a sign of bad things to come, will help you avoid getting sucked into the classic anxiety spiral (here’s that Coucheron video again if you missed it earlier) in the hours leading up to a performance.

And to reinforce this, you might consider taking a few minutes this week to do some mental time travel, and go back in time to two or three previous performances where you were nervous going into it, but ended up having one of your best-ever experiences on stage.

Write these down somewhere, so that you can remind yourself about these moments on days when you forget that the butterflies have actually contributed to some of the most memorable, meaningful, or thrilling performance moments in your career.

How do we get into a challenge state?

This study suggests that a blunted state may be the worst, but a challenge state still seems to be more desirable than a threat state. So how does one get there?

The research on cognitive appraisal suggests that a simple mantra like “I’m excited” can help shift your interpretation of the butterflies to something more performance-enhancing like excitement, thereby sidestepping the anxiety spiral, and boosting performance (here’s the gist of how that works).

And it goes without saying that practicing thoughtfully (as in this edutaining video , complete with emojis and baby pigs), preparing specifically for the demands of a performance with recorded run-throughs and mocks (as violinist Midori explains here ), and taking the time to develop the mental side of performance are important pieces of the puzzle too (as this Freakonomics podcast episode explores with Olympic gymnast Shawn Johnson).

After all, anything you can do to feel better prepared is going to help tip the challenge/threat scales in your favor.

But what if you’re in a situation where it’s a little more difficult to change your appraisal of stress in the moment?

Dealing with the unexpected threat

For instance, imagine you’ve practiced diligently in preparation for a master class, where you’ll be playing for someone you might like to study with in grad school. And you’re feeling pretty good about it – right up until you see a bunch of musicians in the audience that you didn’t expect to be there, including your super judgmental summer festival stand partner who made last summer a total nightmare and has decided to plant themself in the front row.

Recent research on “stress mindsets” suggests there’s another factor that interacts with challenge and threat states, and could help us get closer to our happy place – even if we’re feeling more threat than challenge.

But…that’s going to take a bit more time to explore – so we’ll take a look at it next week. ’Til then!