What is Wi-Fi? Here’s everything you need to know - Nottelmann Music Company 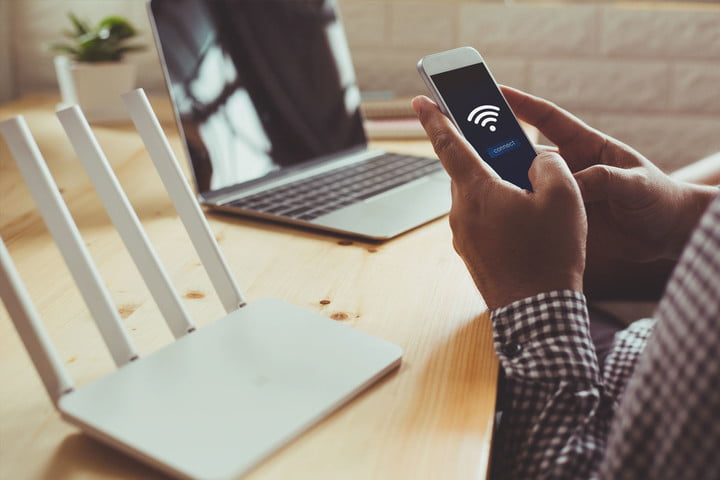 What is Wi-Fi? Here’s everything you need to know

Curated from Digital Trends – by Jon Martindale – Do you know everything there is to know about Wi-Fi?  If so, go on by.  If not, you’ll want to read this!
Wi-Fi is one of the most important technological developments of the modern age. It’s the wireless networking standard that helps us enjoy all the conveniences of modern media and connectivity at the tips of our fingers without astronomical cellular data charges. But what is Wi-Fi, really?

The term “Wi-Fi” is a marketing name, but it stands for “wireless fidelity.” Similar to other wireless connection types, like Bluetooth, it’s a radio transmission technology that’s built upon a set of standards to allow high-speed and secure communications between a wide variety of digital devices, access points, and hardware. It makes it possible for Wi-Fi capable devices to access the internet without the need for restrictive wires.

It can operate over short and long distances, be locked down and secured, or open and free. It’s incredibly versatile and yet is easy enough to use that it’s found in the most popular of consumer devices. Wi-Fi is ubiquitous and exceedingly important for the way we operate our modern connected world.

How does Wi-Fi work?

Although Wi-Fi is typically used to access the internet on portable devices like smartphones, tablets, or laptops, in actuality, Wi-Fi itself is used to connect to a router or other access point which in turn provides the internet access. Wi-Fi is a wireless connection to that device, not the internet itself. It also provides access to a local network of connected devices, which is why you can print pictures wirelessly or look at a video feed from Wi-Fi connected cameras with no need to be physically connected to them.

Instead of using wired connections like Ethernet, Wi-Fi uses radio waves to transmit information at specific frequencies, most typically at 2.4GHz and 5GHz, although there are many others used in more niche settings. Each frequency range has a number of channels which wireless devices can operate on, helping to spread the load so that individual devices don’t see their signals crowded or interrupted by other traffic — although that does happen on busy networks.

The typical range of a standard Wi-Fi network can reach up to 100 meters in the open air. Buildings and other materials reflect the signal however, making most Wi-Fi networks far narrower than that. Typically 10-35 metres is more common. The strength of the antenna and the frequency broadcast can also impact the effective range of the network. Higher frequencies like 5GHz and 60GHz have far shorter effective ranges than 2.4GHz.

Everyone within a network’s range and a compatible Wi-Fi device can detect the network and attempt to connect to it. That’s what allows it to operate in both private and public settings, but it does raise concerns over security. That’s why standards like WPA, WPA2 and WPA3 exist and why it’s important to change your password if you think someone’s accessing your network without permission.

Often talked about in conjunction with Wi-Fi, 802.11 or IEEE 802.11, is a set of protocols that specifies the sort of communications that can occur on a Wi-Fi network on various wireless frequencies.

What devices use Wi-Fi?

In 2019, Wi-Fi devices are everywhere. Most routers offer Wi-Fi connectivity and almost any product with smart functions relies on it for a steady and strong connection to the internet. Almost all modern smartphones support it, as do tablets, laptops, and some desktops. It can be added to computers using USB dongles too.

Smart TVs almost always come with support for Wi-Fi connectivity and many internet of things devices like smart fridges and cameras do too. There are also Wi-Fi printers, scanners, clocks, games consoles, digital radios and even cars.

The use cases for Wi-Fi are near infinite when you consider the wide array of connected services that any device can take advantage of it they gain wireless access to the internet.

What are the different versions of Wi-Fi?

The very first wireless network was created in 1971. Known as ALOHAnet, it was the precursor to modern standards like 802.11 and acted as a proof of concept for the decades of wireless networking to come.

It wasn’t until 1997, though, that the very first version of the 802.11 protocol was released, offering speeds up to 2Mbit per second. That was improved two years later to 11Mbit per second and ratified as 802.11b. That same year the Wi-Fi Alliance was formed as a non-profit to hold the Wi-Fi trademark, oversee the technology’s development, and provide a certification process for companies wishing to sell products with Wi-Fi compatibility. Today it includes hundreds of companies, including industry giants like Apple, Dell, and Facebook.

Many generations of Wi-Fi connectivity have been released over the past two decades. Most modern devices take advantage of 802.11n, 802.11ac, and more recently, 802.11ax. These technologies opened up a wider array of potential frequencies to ease network crowding, as well as higher data rates. The fastest ones today offer as much as 15Gbit per second, although slower speeds are more common.

At the end of 2018, the Wi-Fi Alliance announced its intention to use a new naming convention for Wi-Fi generations. Starting with Wi-Fi 6 (802.11ax) it would begin referring to them with that simple naming scheme to make it easier for the public to understand the capabilities of new standards as they were released.