Need someone to work with your ensemble as you prepare for an important festival or event? Nottelmann Music has the person you need. We provide expert clinics and consultation in the areas of concert band, jazz band, marching band, orchestra, and small ensemble. Contact us below for to request help from one of our experienced staff. 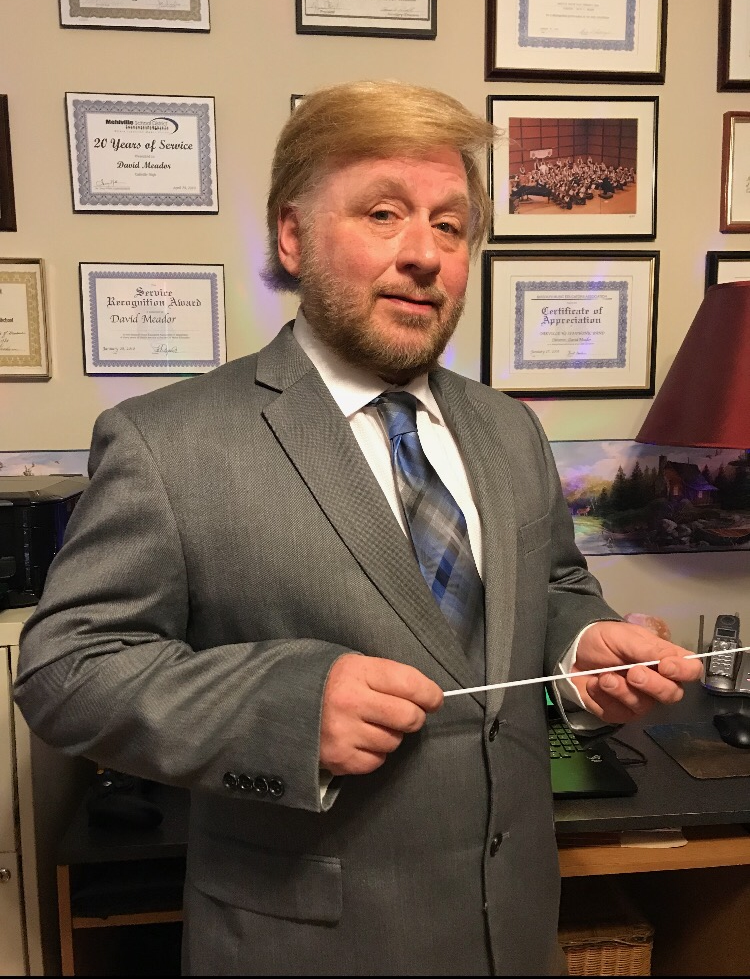 David K. Meador is the former Director of Bands and Fine Arts Department Chair of Oakville Senior High School, which is located in the Mehlville School District. He retired from this position in May of 2010. He conducted the symphonic band, marching band and jazz ensemble. Under his direction, Oakville Senior High School’s Symphonic Band was selected and performed for the Missouri Music Educators Convention in 1997, 2001, 2005 and 2009.

Oakville’s Symphonic Band performed for the 1999 Bands of America National Concert Band Festival. During his tenure, Oakville Senior High School’s Marching Band achieved numerous accolades, including six appearances at Bands of America Regional and Super Regional Finals Competitions. Mr. Meador completed his undergraduate study at the University of Missouri-Columbia, where he was awarded a full music performance scholarship as a trumpet player. Mr. Meador received his master’s degree from Southern Illinois University at Edwardsville. Professional memberships include the Missouri Bandmasters Association, International Trumpet Guild, Phi Beta Mu, National Education Association and Who’s Who Among American Teachers. Mr. Meador served as Band Vice-President of the St. Louis Suburban Music Educators Association from 1996 to 1998, and again from 2003 to 2005. As of 2014, he is serving the St. Louis Suburban Music Educators in the role of Middle School Music Festival Manager. Mr. Meador has also been busy serving as an adjudicator and clinician for instrumental activities in the states of Missouri and Illinois.

A native of Missouri, Joe has written over two hundred compositions for various types of ensembles from beginning bands to college wind ensembles. He is most known for his compositions for young bands and young musicians. His works have been performed in the United States, Canada, Central America, China and Europe.

Mr. Pappas actively serves as a clinician and adjudicator throuoght the Midwest. After twenty seven years of successful teaching in public schools, Mr. Pappas currently is adjunct professor at Jefferson College innHillsboro, Mo., and Southeast Missouri University, Cape Girardeau, Mo. He devotes most of his time to composing and working as an educational consultant and publishing editor for his own company, JPM Music Publications, which he started in 1992. He is also the Midwest regional coordinator for Music In the Parks, Festivals of Music and a coordinator/consultant for Six Flags Music Festivals.

He has served on the staff of summer music camps at Southeast Missouri University, Cape Girardeau, Missouri, Truman University in Kirksville, Missouri, and as an assistant director for the Missouri Ambassadors of Music European tours. He is also director of the first music camp in the history of Jefferson College.

Among his many honors, Mr. Pappas has been a four time Teacher of the Year recipient, a 1994 recipient of the Emerson Electric Excellence in Teaching Award, 1993-94 Rockwood School District High School Teacher of the Year, the Missouri State High School Activity Association Distinguished Service Award, a national winner of the Sadie Rafferty Music Composition Contest sponsored by Evanston Township High School, Evanston, IL., and three times has been named to the Who’s Who Among American Teachers and three times to Who’s Who In America. Bands under his direction have won numerous awards including three times Overall Champions at Music In the Parks festivals and a two time recipient of the Southern Illinois University – Edwardsville Bi-State Band of the Year Award.His teaching expertise has taken him world-wide. In January, 1993, he was selected as part of a delegation of teachers for an educational exchange with teachers in Peraslavl, Russia, focusing on teaching strategies, techniques and concepts. In March, 2002, Mr. Pappas traveled to Linz, Austria, where he was invited as a guest lecturer at the Conservatory of Music in Linz and as a clinician for the Austrian Blasorchester Director Seminar. In 2009, he served as a clinican and guest conductor for the Director‘s Seminar and Festival of Bands in Costa Rica.  In 2015, he received the Merit Award for his contributions to music education by the St. Louis Music Educators Association.  In 2016, Mr. Pappas received the Outstanding Music Educator Award for Missouri from the National Federation of High Schools and was elected to the SLMEA Hall of Fame.  In January, 2017, the East Central Music Educator Association named Pappas the Outstanding Music Educator Award.

In addition to composition, Mr. Pappas has written several articles and blogs for professional journals on various topics of music education.  He is in demand as a guest director and lecturer where he keeps an active schedule. He and his wife Cheryl reside in Festus, Missouri, and have three children and six grandchildren. 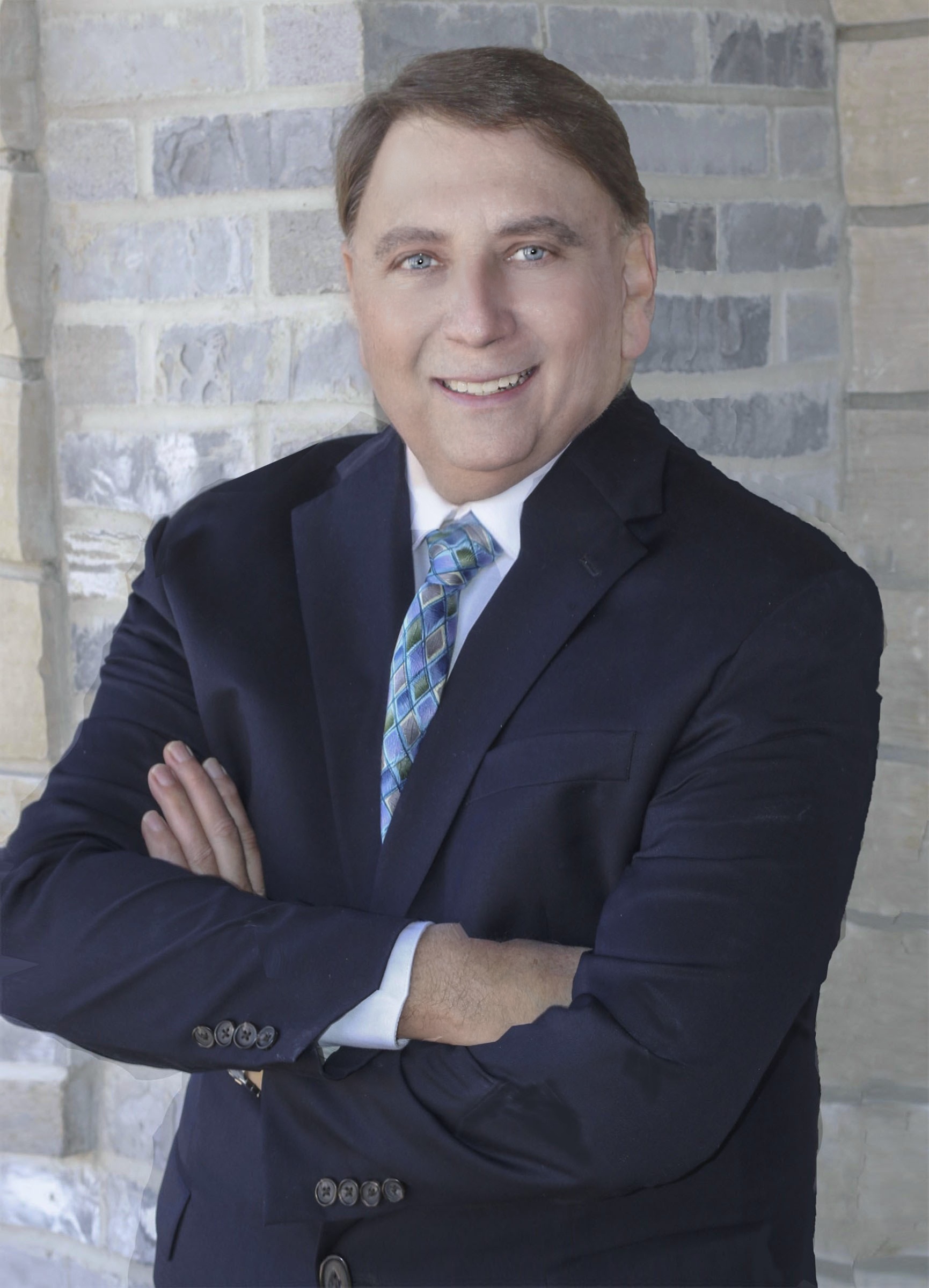 Mr. Ray Benton currently serves as Technology and Media Specialist for Nottelmann Music, as well as a staff band clinician. He has a long-standing history and a clinician, adjudicator, and music educator. As a clinician, Mr. Benton has served in numerous schools and directing honor bands in Missouri and Illinois.

As an educator, he most recently taught band in post-retirement at CBC High School from 2012- 2015 where the program received over fifty awards and honors in his last two years there. He retired from twenty-nine years of full time teaching, most recently in the Rockwood School District at Rockwood South Middle School, and Lafayette High School.  At Rockwood South, he directed a large band program with five concert bands and two jazz bands with 350-450 students annually.  His bands received many honors, including the Symphonic Band performing as the featured middle school concert band for the MMEA state convention in 1998. In 1997, he was named the Fenton Teacher of the Year by the Fenton Chamber of Commerce and received honors from the Missouri State Senate and the Governor of Missouri. As Director of Bands at Lafayette High School, he was the founder of the Lancer Regiment Marching Band and the Lafayette Contest of Champions Marching Band Competition. Prior to that, he developed the band program in the Windsor C-6 district into a program that began as 50 and grew to over 300 in his years there. 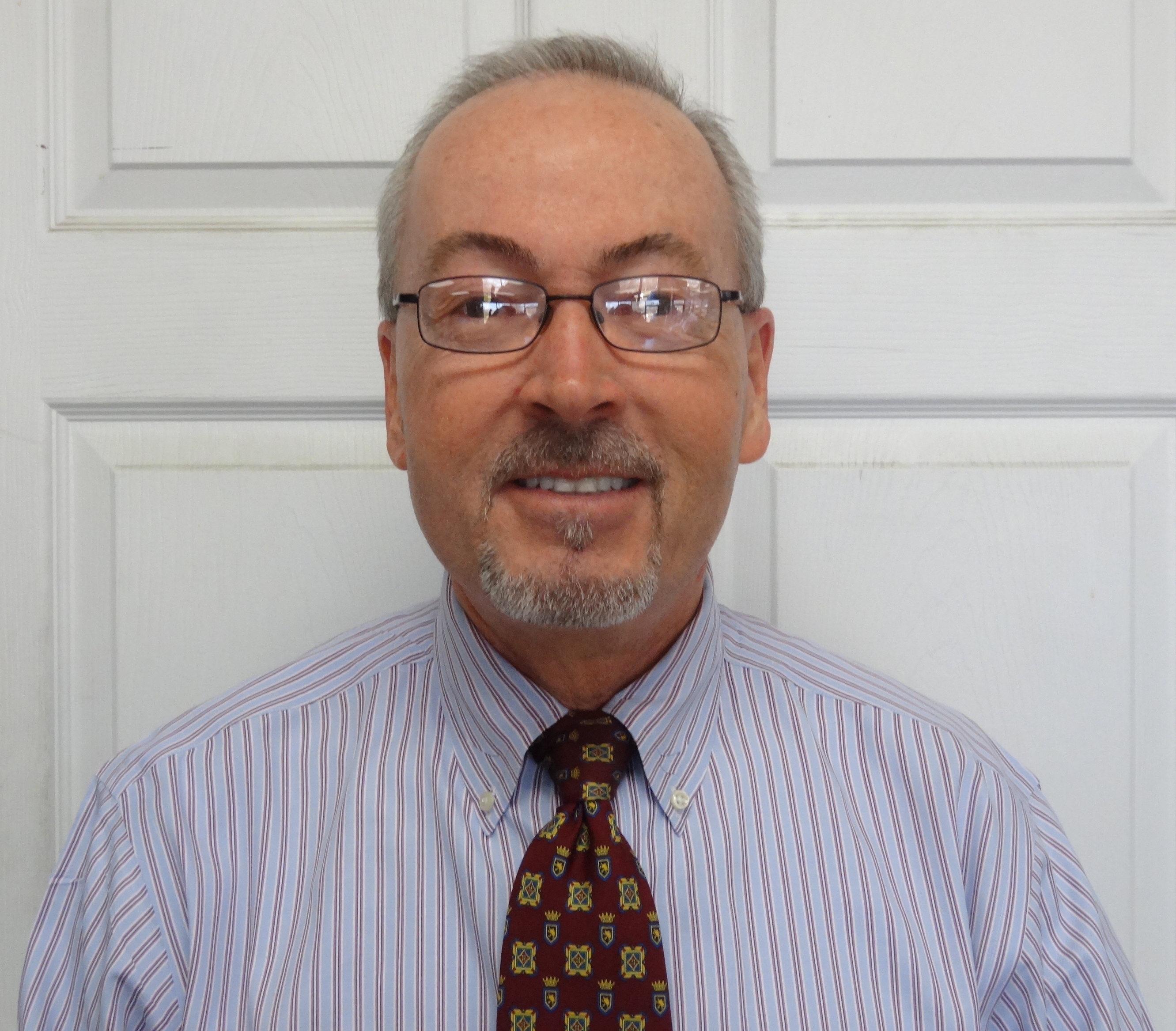 Mr. Steve Owen has taught elementary, middle school, and high school band and served as an adjudicator, clinician, and guest conductor in and around the St. Louis area since 1978. Most recently, Mr. Owen was the band director at Bishop DuBourg High School, where he retired from teaching at the end of the 2011-2012 school year. He is currently employed by Nottelmann Music Company as a school representative.

After beginning his teaching career as a traveling teacher between various Archdiocesan parish schools, Mr. Owen accepted a full-time position at St. Martin of Tours School in south St. Louis in 1989. This was followed by successful tenures at Oakville Middle School and Hazelwood West Middle School before starting at Bishop DuBourg in 2008. Over the years, Mr. Owen’s middle school bands consistently earned Superior I ratings at the annual St. Louis Suburban Band Evaluation Festival, performed at the 1999 Missouri Music Educators Association Conference at Tan-Tar- A, and won First Place honors four times at the annual Worlds of Fun Band Festival in Kansas City, Missouri. 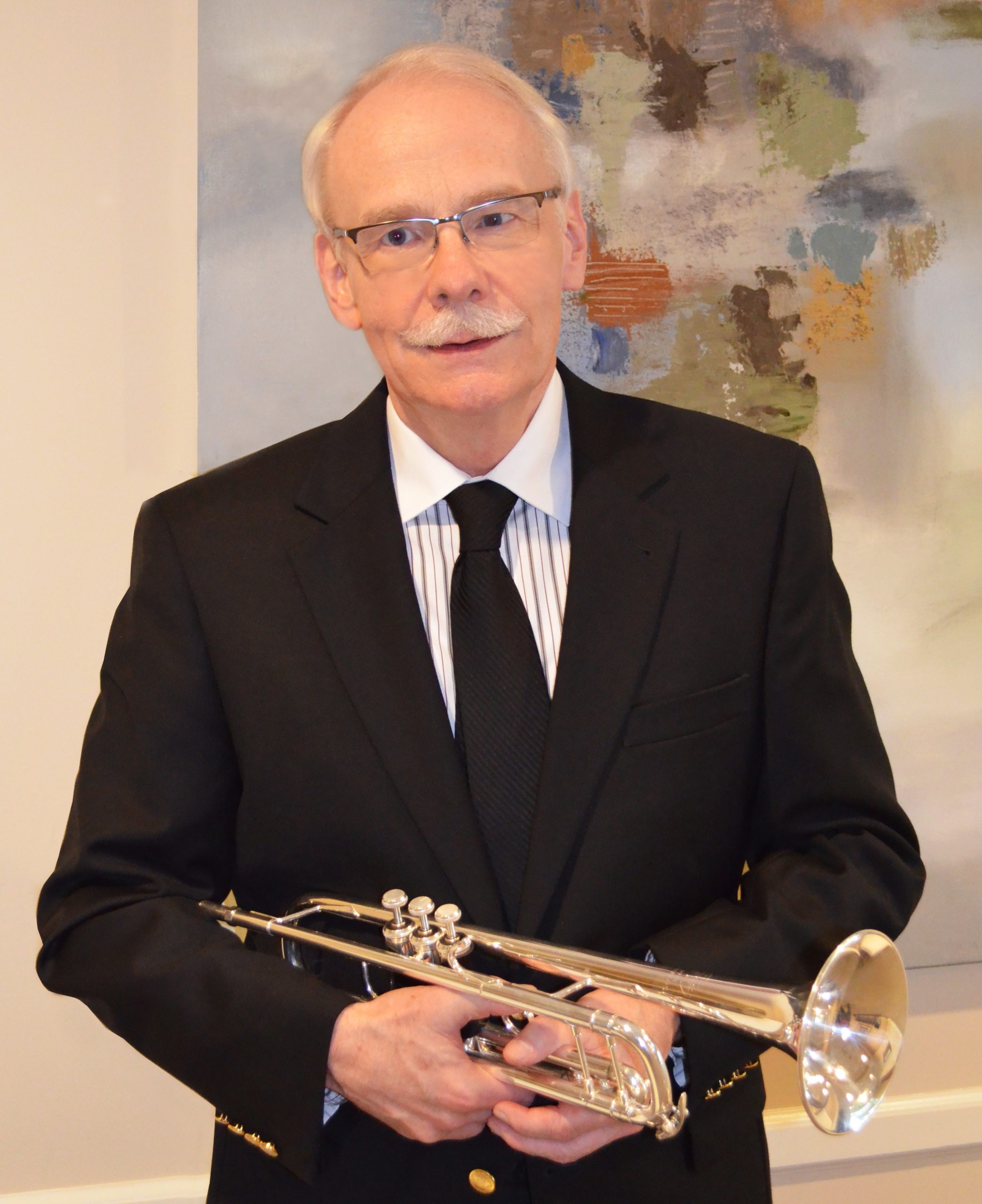 Michael Parkinson is a KHS America Education Artist and an XO Professional Brass Artist, based in metropolitan Kansas City.  He is the director of the Trinity Jazz Ensemble, an ecumenical group-in-residence at Rolling Hills Church in Overland Park, KS and a performer/educator for the Kansas Touring Arts Program. 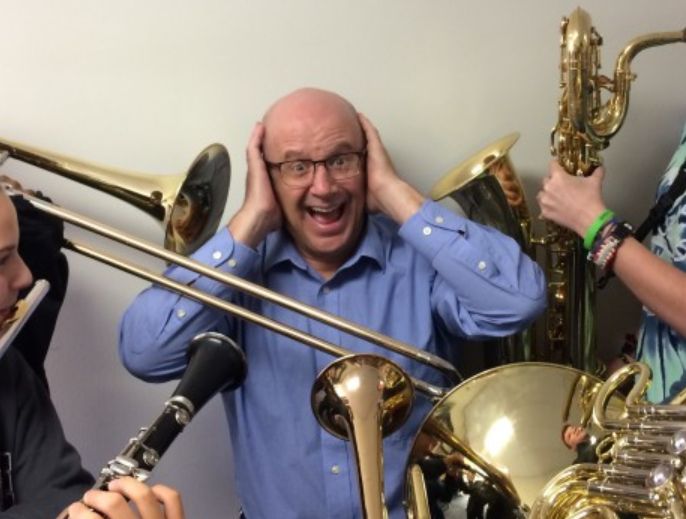 Paul Holzen recently completed a 30-year career in the Parkway School District as the Band Director and Fine Arts Department Chair at Parkway Central Middle School.  While the bands consistently earned Superior ratings at local and national festivals, and appeared at the MMEA Conference in 2012, Holzen’s emphasis was on development of artistry, leadership skills and inclusivity for all students, regardless of ability. He started the first United Sound chapter in Missouri, a national band program that pairs physically/developmentally disabled students with peer student mentors. Additionally, he maintained a regular schedule of clinics with his band students featuring nationally known musicians, composers, and conductors.

Active as a performer, adjudicator, clinician, and musical arranger, Holzen has a passion for training and mentoring new and prospective music educators, and providing band opportunities for special needs students. Mr. Holzen attended the UMKC Conservatory and UMSL, and completed his MA in Music at Webster University. A member of the 566th Air Force Band (ILANG), he holds the rank of Master Sergeant. Holzen serves as the Senior Enlisted Manager of the unit, NCOIC/Musical Director and tenor saxophonist in the jazz band, flute/saxophonist in the concert band, and guitarist/vocalist with the unit’s rock band. He has performed with Air Force bands on 5 continents, including tours of duty in Germany, Iraq, Kuwait, Djibouti, and Chile. He performed at the White House for Michelle Obama and Dr. Jill Biden in 2012.

A GRAMMY Music Educator Top 25 National Semifinalist in 2019, Holzen was awarded the Pillar of Parkway in 2020, and was the Parkway Central Middle 2019 Teacher of the Year. He received the 2020 Outstanding Music Educator award and 2011 Award of Merit from the St. Louis Suburban Music Educators Association, and the Webster University Notable Alumni award in 2012. Military awards include the Meritorious Service Medal, Air Force Commendation Medal, and the Air Force Achievement Medal. He is a member of NAfME, MBA, NGAUS, American Legion, and Phi Beta Mu. Mr. Holzen resides in Dardenne Prairie, MO with his wife Laura and their 4 children and 3 dogs, and enjoys cycling, camping, and family travel. 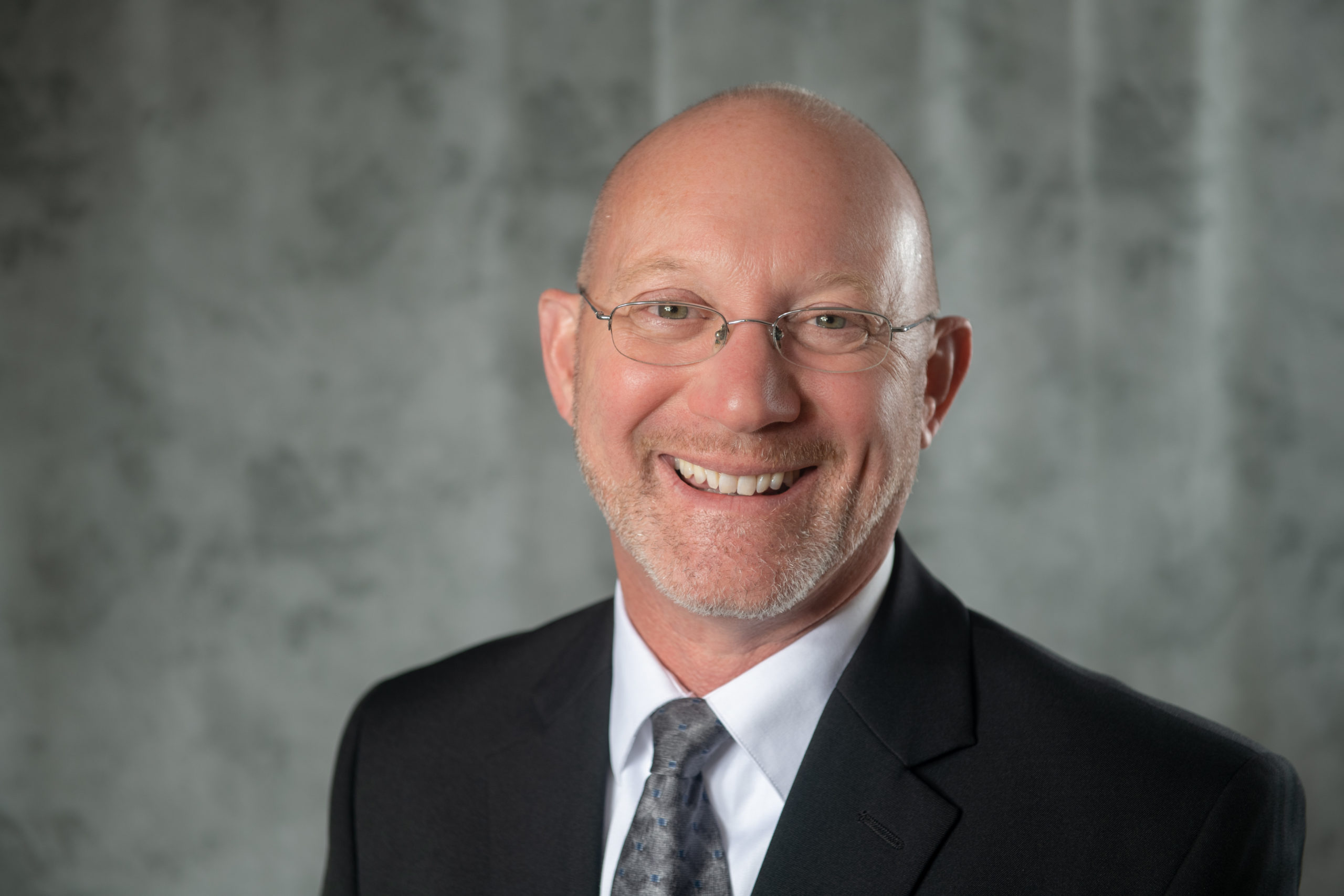 David Boggs served for 20 years as the Director of Athletic Bands at McKendree University in Lebanon, Illinois. He was the Director of the Marching Bearcat Band and Pep Bands, served as the Director of the Music in Our Schools Program, and coordinated many aspects of music student recruitment.   He was one of the chief architects in designing the music education, music business and jazz performance degree programs.  During his time there he pioneered the Young People’s Concerts (three different series of concerts), the Preview of Champions and Small Band Marching Band Festivals, the DCI St Louis Show, the Midwest Percussion Camp and Phantom Regiment Summer Music Camps as well multitude of other music education-based clinics, concerts and events.

Prior work experience includes serving as the Director of Bands at Rolling Meadows where he hosted the Jazz in the Meadows Jazz Festival and Newton High Schools (IL) as well as working at Indiana University (Associate Instructor) and Purdue University.  In addition, Mr. Boggs has served as the Corps Director for the Music City Drum and Bugle Corps (2014 and 2015 seasons) and been on brass staff for The Cadets Drum and Bugle Corps (1990) and Music City Drum Corps (2013).  Past marching experience included being a former marching member of The Cavaliers Drum Corps (1985).  He was also a clinician for the Smith-Walbridge Drum Major Camp for ten years.Mr. Boggs has presented clinics on  topics such as presenting young people’s concerts, student recruitment at the collegiate level, and administering successful festivals and events at the CBDNA, ILMEA and IAJE conventions.  He is an active concert and jazz adjudicator for Music in the Parks and other organizations.  Mr. Boggs is also an active marching, concert and jazz adjudicator and clinician in the Midwest and Southeast area for Nottelmann Music Company located in St. Louis, Missouri.  He resides in Breese, Illinois with his two daughters, Savannah and Zora.

Music educators look to Nottelmann Music as a valued partner in teaching music to students. Our experienced and highly-successful staff clinicians can provide an on-site clinic or other advisory assistance to any instrumental music program or ensemble - concert band, marching band, or jazz band. 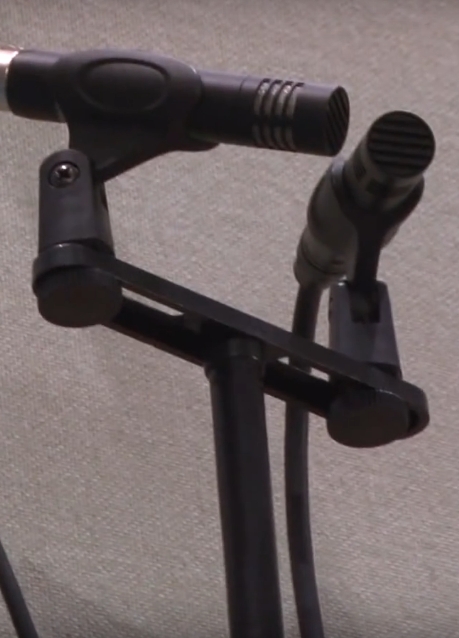