Woodstock Day 4?  What happened to “3 Days of Peace and Music?  RAIN!  Other delays!  Performance starts were pushed back into the “wee hours” and into a Day 4, Monday morning, August 18, 1969.

Whether you agree with the message or not, whether you condone the life-style or not, this historic event and its music is said to have “defined a generation.” This 4th installment on our 4-day look-back at Woodstock ’69 focuses on the legendary MUSIC that was performed there. The Story – The Collage Video – The Artists –

Day 4 Artists – Who was there? 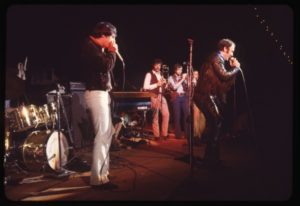 Blood, Sweat & Tears – had a distinctive R&B sound and gained a huge popularity in the 60s. Their first few albums were well received and it was no big surprise that they ended up in Woodstock, too. They started around 1.30 am in the night of Sunday into Monday. So it was already the 18th of August, the last day of the festival. 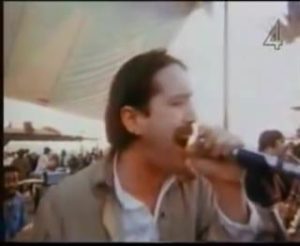 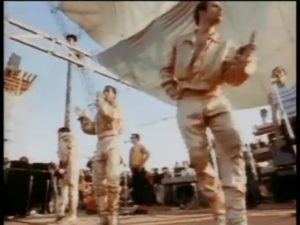 Sha Na Na – Watch the Collage Video and note the shock and “what is this?” on the faces of the audience.  What was this ’50’s rock ‘n roll band doing a late 1960’s rock festival?  Most understood the humor and enjoyed it. The group was founded in 1968 and didn’t have an album contract at the time. Sha Na Na was the next to last act of Woodstock, performing at 7.30 in the morning of Monday, 18th of August. 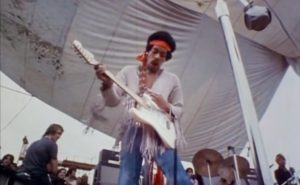 Jimi Hendrix – Jimi Hendrix and his band were known under several names. But besides his backing band, it was just Jimi Hendrix playing. The band was scheduled as the last performance of the festival, Sunday night. Due to several delays, they eventually played on Monday morning, 9:00AM, when most of the audience had already left.