Whether you agree with the message or not, whether you condone the life-style or not, this historic event and its music is said to have “defined a generation.” This third installment on our 4-day look-back at Woodstock ’69 focuses on the legendary MUSIC that was performed there. The Story – The Collage Video – The Artists.

Day 3 Artists – Who was there? 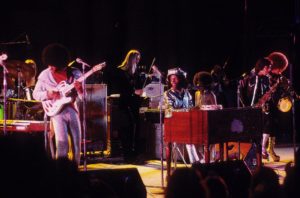 Sly and The Family Stone – Very late on Saturday evening, or rather Sunday morning, came Sly & The Family Stone: 3:30 am. Led by Sly Stone, they were pioneers of funk-rock, based on soul and R&B added with some psychedelic elements as well as Gospel.  Despite their late appearance, Sly & The Family Stone were remarkably fresh and powerful. The Woodstock show is widely considered as one of their best performances. 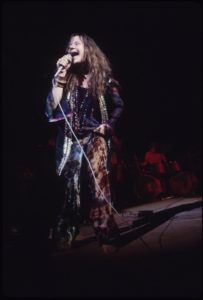 Janis Joplin – Janis Joplin and her former band Big Brother & the Holding Company gained stardom at the Monterey International Pop Festival 1967. Janis left that band to pursue here solo career, appearing at Woodstock with a new ensemble of musicians. She played in the night of Saturday to Sunday at about 2:00AM. Many comment that her power and energy seemed to have diminished from earlier performances. Nevertheless, this performance of the legendary singer captured and reflected her legendary style. 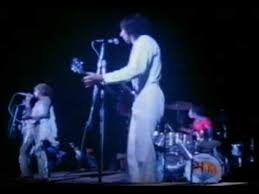 The Who – They were scheduled as the second to last act (before Jefferson Airplane) to play on Saturday, August 16th. When they actually started playing it was already Sunday morning around 5:00. They played their exceptional Tommy album, a Rock Opera dealing with the struggle of a deaf, dumb and blind boy who later finds a cure and gains stardom with his messianic movement. The finale of this performance took place during sunrise which occurred at 6:05 am. 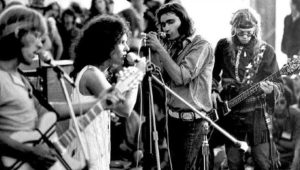 Jefferson Airplane – Formed in 1965, the group defined the San Francisco Sound and was the first from the Bay Area to achieve international commercial success. Their success was propelled by their appearance at the 1967 Monterey International Pop Festival. Jefferson Airplane were scheduled as the headliner for Saturday, the second day of Woodstock, but finally started in Sunday morning around 8.00 am. 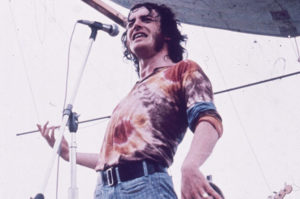 Joe Cocker – He was the first officially scheduled act on Sunday and went on stage at about 2.00 pm. In the music business for quite a while, he was hardly known by the Woodstock audience. But after his Day 3 triumphal success, the man with the soulful Ray Charles-like voice became famous everywhere. Especially well received was the Beatles’ cover song “With a Little Help from My Friends.” Cocker’s backing band at that time was the Grease Band, an association that lasted only two years.  Shortly after Joe Cocker’s appearance, a heavy thunderstorm washed over the festival and everything was brought to a halt for several hours. 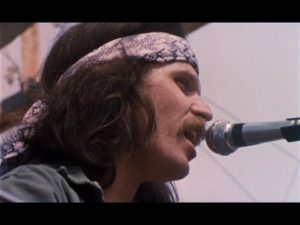 Country Joe and The Fish – Like a few other artists of the Woodstock Festival, Country Joe & The Fish also appeared at the The Monterey International Pop Festival in 1967. Since then they have released their most important albums, reformed their line-up, and become severe critics of the raging war in Vietnam.  Country Joe & The Fish resumed the festival after the thunder storm, around 6.30 pm. 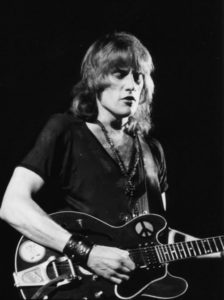 Ten Years After – The British band Ten Years After hit the stage on Sunday, August 17th at about 8.15 pm. They were known for heavy blues rock, and long guitar and drum solos. Despite the high humidity caused the instruments to go out of tune and other snaffu’s that prevented filming most of their set, the crew was able to film the last song, “I’m Going Home.”  Guitarist/vocalist/leader Alvin Lee’s dazzling guitar work and intense performance was regarded as one of the true highlights of Woodstock.

The Band – One of the most appreciated acts, The Band, started on 10.00 pm. They were known for excellent Folk-Rock, almost better than most US-based Folk bands, succeeding their mentor and former employer Bob Dylan. What can be said about this set? This is the renaissance of Folk-Rock performed at this historic musical event. “I Shall Be Released” is played so sweet that even Mr. Dylan would have smiled. The Band had only one album by hand so far: The cult album Music From Big Pink, released in 1968. But their music didn’t fall short. “The Weight” is their last song (before the encore), a song that was already made famous by the biker movie Easy Rider. 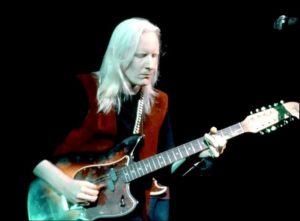 Johnny Winter – Johnny Winter is a Blues legend from Texas. He played at Woodstock at midnight on the night of Sunday to Monday (17th to 18th). Johnny Winter played an electrifying 65 minute set of his signature electric blues highlighted by slide guitar amd amazing solos. “Leland Mississippi Blues”, “Mean Mistreater” and the amazing “Mean Town Blues” (probably the highlight of the show) are compositions from his first two albums. The rest are cover versions from well-known Blues and Rock ‘n’ Roll artists: a lengthy but never boring version of B. B. King’s “You Done Lost Your Good Thing Now”, a wonderful “I Can’t Stand It” ( Bo Diddley) or the Chuck Berry classic “Johnny B. Goode” as the encore. Generally all of his performed songs are very strong and dominated by Winter’s immense guitar skills. 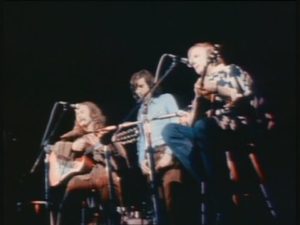 Crosby, Stills, Nash (and Young) – Their first gig was on August 17, 1969 at the Auditorium Theater in Chicago, with Joni Mitchell as their opening act. They mentioned they were going to someplace called Woodstock the next day, but they had no idea where that was. Notably, their on again/off again member Neil Young ordered the producers before they started not to film his part of the performance.  This second show was considered a successful baptism by fire for the new group.  CSNY’s recording of the Joni Mitchell song memorializing Woodstock would later become a hit and the recording most associated with the festival.