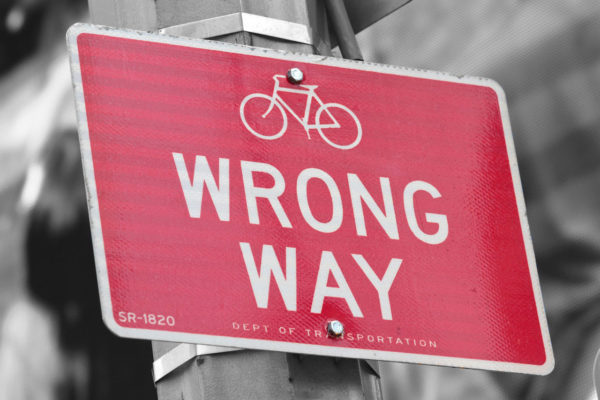 How Exaggerating Technical Errors Could Improve Your Technique

Curated from The Bulletproof Musician by Noa Kageyama, PH.D –
Here’s an interesting idea, a bit of a twist on how your students can clean up errors in their performance.
I recently had an interesting conversation with a trumpet player, who described an unusual strategy that he used to help students overcome technical roadblocks in their playing. Specifically, in situations where a student might be struggling to hit a note consistently because they couldn’t quite figure out how to get the dozens or hundreds of little muscles involved to do the right thing at the right time.

Rather than focusing on honing or refining the “correct” mechanics, he instead would ask students to play things the “wrong” way. To essentially demonstrate all of the technical what-not-to-do’s in that particular passage.

The counter-intuitiveness of the strategy really intrigued me. So I was curious to see what I might be able to find in the research related to this. Like, is this some sort of weird fluke? Or could this really be a thing?

Golfers, at all levels of ability

A team of Italian researchers (Milanese, Corte, Salvetti, Cavedon, & Agostini, 2016) recruited 34 male golfers at various levels of skill (handicaps ranging from 0 to 15+), to participate in a study comparing the effectiveness of two different types of instruction on improving their swing.

Everyone began with a little warmup, and then took 7 practice swings, hitting a ball into a golf net 2.5m away from the tee, to establish a baseline level of performance.

The golfers’ swings were videotaped, so that there could be some qualitative evaluation of their swings by a PGA coach – but the quantitative side is a little more interesting here, as the researchers also measured a) the speed of the club head at impact, and b) the speed of the ball immediately after impact.

Next, the golfers performed 6 training swings, where on swings 1, 3, and 5, the coach provided specific feedback and technical instructions on how to modify their swing. While on swings 2, 4, and 6, the golfers were simply asked to swing freely, and do their best with no specific instructions.

Those in training group A (the amplified error group), were given instructions that essentially involved exaggerating the primary mistake the coach identified in their swing.

Those in training group B on the other hand (the direct instruction group), were given feedback and specific instructions on how to fix the error.

Golfers in the control group weren’t given any feedback or instructions, but simply told to do their best on each swing.

After completing their 6 training swings, golfers performed 7 more swings, where they were simply asked to do their best, to see if the training led to any improvement in performance.

And to see how much of their practice translated into long-term improvements, the golfers were asked to come back a week later, when they performed 20 last swings, with only the instruction to do their best.

So was there any difference in the two types of instruction?

The short answer, is yes.

The direct instruction group, given tips on how to address their swing errors and swing more correctly, increased club head speed 1.26% and ball speed 1.37% from their baseline performance to the test immediately after training. And from baseline to the test 1 week later, there was an improvement of .08% in club head speed and 1.37% in ball speed.

These numbers are going in the right direction – but, the improvements were not statistically significant.

The amplified error group, on the other hand, who were taught how to exaggerate the things they were doing wrong, increased club head speed 4.22%, and ball speed 7.5% from baseline to the first test. And managed to retain their performance gains one week later too, with an improvement of 4% in club head speed and 7.48% in ball speed from their baseline performance.

These numbers were statistically significant.

So that’s kind of weird, right? Especially after such a short practice session.

And yes, keep in mind that this was a relatively small sample of golfers. But…why would exaggerating errors – basically doing something even more wrong than you were doing it in the first place, result in performance improvements? Isn’t that like the exact opposite of how things should work?

Well, when you think about it, anytime we play out of tune, miss a shift, or chip a note, it’s a sign that we’ve made some kind of movement error. But even if our teacher tells us exactly what we’re doing wrong and how to fix it, changing things is often easier said than done.

Because even if we know we’re squeezing our thumb, or clamping down with our chin, or tensing our wrist on an intellectual level, once we start playing again, we may not be quite as aware that we’re doing these things on an experiential level.

Kind of like how my kid often thinks he’s chewing with his mouth closed, but alas, he is not…

Indeed, previous research on error amplification suggests that exaggerating the error makes it easier to see exactly what happens when you do something the “wrong way.” And that it also helps you feel the impact of the error more vividly when you do it blatantly wrong on purpose, as opposed to when you do it only slightly wrong, but largely out of conscious awareness.

This contrast seems to be part of what helps you get better at avoiding the particular movement error, and almost intuitively finding a more effective movement pattern instead.

The researchers note that there are a few key things to keep in mind when trying this learning method.

Whether through video analysis of your own playing, or through feedback from a teacher, it’s super important to identify the main mechanical error that is causing the issue. Like, you might be squeezing your thumb, and your shoulder might be scrunched up, but the main error that’s causing a big shift to end up flat may be related to the scroll of your violin pointing too far down and to the right.

It’s important to really exaggerate the heck out of the error, so you can feel the difference between what you were doing, and what the really wrong version feels like.

Remember how golfers were given a free swing with no instructions between the swings where they were instructed to amplify the error? Turns out these free “do your best” swings are important too.

Because when you perform these free trials, you should see an improvement in performance relative to your performance before exaggerating the error. If nothing changes in the free trial, it either means that a) the error that you or your teacher identified wasn’t the main one causing the issue, or b) you didn’t amplify the error enough to really see/feel a difference.

If you think it’s the former, you can go back to the video, take a closer look to see if there might be a more primary or fundamental error that’s causing the problem, and try again. Or if it’s the latter, just repeat the passage, but really amplify the error up to 11.