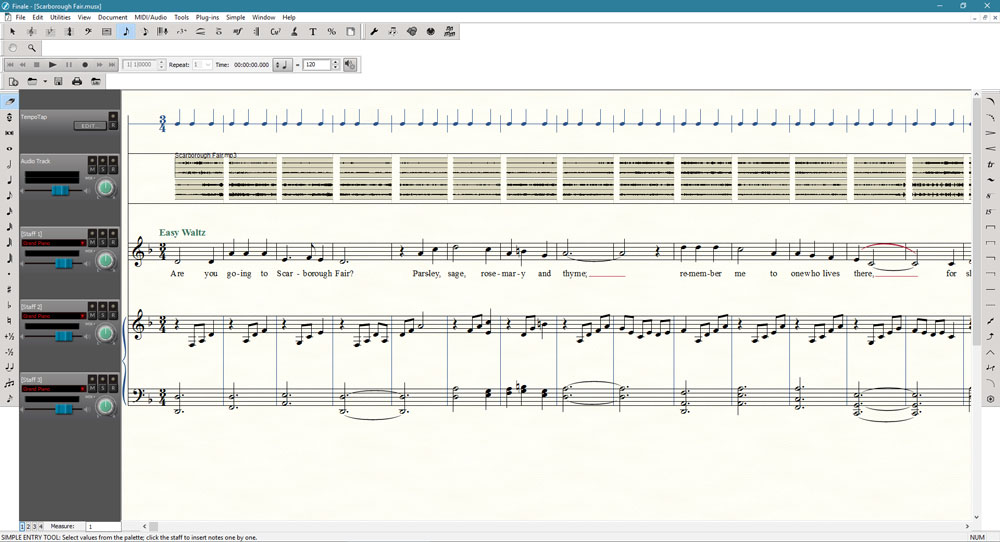 Finale 26: Thoughts from a Music Educator

This posting curated from TechInMusicEd.com – So many music educators have Finale background; this one music educator’s view of Finale 26

I have been using Finale for a very long time. My first exposure to Finale was in college, where one of my professors had worked at Coda Music. We were expected to use Finale, and even played with the “new” Vivace hardware (at the time). If you have been in the music world for any period of time, you’ll know that Coda Music eventually became MakeMusic, and Vivace later became SmartMusic.

I have been teaching 23 years, so I imagine that puts me at over twenty-five years of Finale use. That means a quarter century of Finale use. I can’t believe it—but it’s true.

I don’t claim to be the expert on Finale that Robert Puff and Philip Rothman are; and I wouldn’t dream of pitting my skills against the publishing teams at Hal Leonard or Alfred, nor against the team at Make Music. That said, I’ve used Finale as a tool as a choral music educator, in the classroom, since my first position in the Dominican Republic since 1996. Generally, I have not used Finale as much as a publishing tool, but instead as an accompanist for my choirs. The greatest challenges with this case use were the old challenges of interacting with MIDI, controlling playback in rehearsal, programming tempo changes, and having that become accustomed to how an accompaniment should sound when a live pianist, in performance, does not hold a steady tempo and makes mistakes!

Admittedly, my own use of Finale has decreased over the last few years, partly because of platform, and partly because of features. Don’t get me wrong, I still use it, but I use it as a part of a process instead of as the whole process as I did earlier in my career. In terms of platform, MakeMusic is not pursuing iOS, and I use my iPad Pro for 98% of my computing needs. I also have a REALLY OLD MacBook, a 2008 Aluminum MacBook (renamed MacBook Pro a few months later) that is stuck on OS X El Capitan. As a side note, while Finale 26 does not list compatibility with my old operating system, it seems to run just fine on my ten year old MacBook. That’s pretty amazing as Apple’s own applications will no longer work on my MacBook.

I still use Finale to do most of my heavy lifting as I still work faster on Finale than any other program. I learned how to use Finale, which I fit into the category of ex nihilo music notation programs. Ex nihilo is a theological term that means, “out of nothing,” and that is how Finale works: you start with an empty measure, versus the notation programs that start with a full measure of rests. 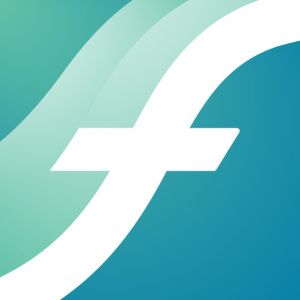 If you use Finale, you know that it can literally do anything—things that are certainly far above my pay grade. The Finale team used to publish demonstrations of what the program could do (I wish they still did this!), including a skull notation last year (See https://www.finalemusic.com/blog/halloween-themed-music-notation-discovered/. Mark Adler is awesome.) I made a rosette for our custom ukulele using Finale’s abilities (See https://ukestuff.wordpress.com/2017/01/05/bonanza-tenor-ukulele-cherry/).

I am also a Finale Speedy Edit user. When I started on Finale, that was the standard approach, and I think that the Simple Note Entry Method has been stressed in Finale workshops for at least a decade. The Simple Note Entry Method allows you to enter everything as you go, including dynamics and diacritical markings. I still can’t force myself to enter notation that way.

Finale is so feature rich that it is easy to think that you can’t learn to use it—you can. But there is always more to learn. I remember sitting in a session by Tom Johnson in October 2011 (Wisconsin MEA), where Tom showed that you can select a range and transpose with numbers (6 & 7 for whole steps, 8 & 9 for octaves), and I thought of, “I have been using this program for how long and it can do THAT?!?”

As for recent versions of Finale, Finale 25 was a complete under the hood reworking of Finale 2014. I have been told that Finale 2014 was full of outdated code. Imagine that Finale was a car. Finale 25 basically put a whole new engine in the existing car, and allowed the car to run as it always had—except with the latest technology. It is amazing to me that Finale 25 was able to allow Finale users to continue to use the program without changing workflows.

Finale 26 is the next major update for Finale.

One of the things I love about Finale 26 is that when you open an old Finale file, the program asks you if you want it to apply new features, including spacing for articulations and even linking Garritan sounds to parts. Perhaps Finale previously linked audio parts for you, but I had never seen this functionality in the past. When it comes down to allowing Finale to make these changes, professional engravers may not want expressions to self-adjust. As a music educator, I think: “Will this make my Finale files look better?” “Yes.” “Then by all means, apply your Finale 26 magic.” I have opted to let Finale 26 update every older file as a default setting. After all, why not?

Both Philip Rothman and Robert Puff have indicated that new features in Finale 26, such as articulation stacking, do not downgrade to Finale 2014 or Finale 25. I don’t see this as much of a problem. As a music educator, I have no need to run three different versions of Finale on my computer (nor a copy of every available professional notation software). If you are music educator who is a Finale user, I’d simply let Finale 26 install and allow it to remove Finale 25 at the same time. Again, why not? Once running Finale 26, when would you ever need to downgrade any Finale file to an earlier version of Finale?

I’ll be honest—I’m not sure that I’m a powerful enough Finale user (even having worked with thousands of scores) to claim to see a speed difference with Finale 26 (Philip Rothman has documented this in his review), and as I have mentioned, my MacBook is so old that I doubt I would see the difference. (I’m waiting to see what Apple might introduce with a new MacBook this month). I’ll just take everyone’s word on the matter. I never thought the Finale was slow in the past, so if it’s faster, that’s just a bonus to everyone.

Yes, there are things that I wish were easier on Finale. I wish you could swap voices in a partial measure versus a full measure. I wish that ukulele chord diagrams were easier to work with. And while I understand there are third party scanning apps, as a music educator who makes rehearsal and accompaniment tracks, I wish scanning (and improved scanning) had never been taken from Finale. I also wish that Finale highlighted a measure when it contained too many beats for a time signature.

What I can tell you is that Finale still is the best solution for me when it comes to doing a lot of editing of a scanned MusicXML file, when dealing with lyrics, or when I am creating a score from scratch. There is a learning curve with Finale, just like any other full-featured notation application. The program isn’t “easy” to use, but it isn’t rocket science, either. And if you want a program that allows you to create any kind of score that you can imagine, Finale’s your solution.

No, I can’t compare Finale to the latest versions of Sibelius and Dorico. As I have previously mentioned, I struggle with apps that start with existing rests (e.g. Sibelius and MuseScore) as much of my workflow requires editing existing measures, and working with programs that require a full measure of beats at all times creates more challenges for me when I am when editing music. As for Dorico, it simply doesn’t offer the tools I need for my job, so I don’t want to go there yet. My workflow will continue to center around Finale and Notion.

If you are a music educator, and you already use Finale, should you buy Finale 26? I would say, “Yes.” The program works as it always has (with some added shortcuts), but the new version will automatically make anything you create look better than it ever has—even your existing files. I also think there value in purchasing the upgrade to insure the future of the program. These updates require thousands of hours of work, and also include technical support. This is obviously not free, and while we live in the world of the $0.99 ad-supported app on your phone, the last thing I want is to work on a score and have an ad pop up (Note: MakeMusic has NOT threatened to do this—I’m just making a point about sustainability). It is worth mentioning that MakeMusic has offered sale prices on past upgrades at various times, so if you can’t swing the upgrade financially at this time, be sure to jump on sale prices down the road.

If you are new to the notation world, should you buy Finale 26? That’s going to have to be up to you. As far as I know, every major publishing house interacts with Finale. Finale is one way to get custom accompaniments into SmartMusic—but is no longer the only method (and SmartMusic even has its own embedded notation program). What I’d say is that if you plan to do a lot of computer notation work, Finale is a very valuable tool. If finances are an issue, I’d start a savings jar and work towards purchasing the very affordable Educator version of the app (Educator pricing). And to those of you who use MuseScore, I think it is wonderful to have another app where you can bring your (MusicXML files) for publishing. I have been surprised how much I like having multiple solutions on my computer, and I think you would, too. If you haven’t tried Finale before, a 30 day trial is included when you download it.

In conclusion, Finale 26 is a solid update that will make your notation files look better. I’d recommend it. You can download it and purchase it at finalemusic.com.

Note: While I have been a Finale user and owner for more than twenty five years, I was provided with a copy of Finale 26 for review purposes.

COMMENTS?  THOUGHTS?  WEIGH IN BELOW!