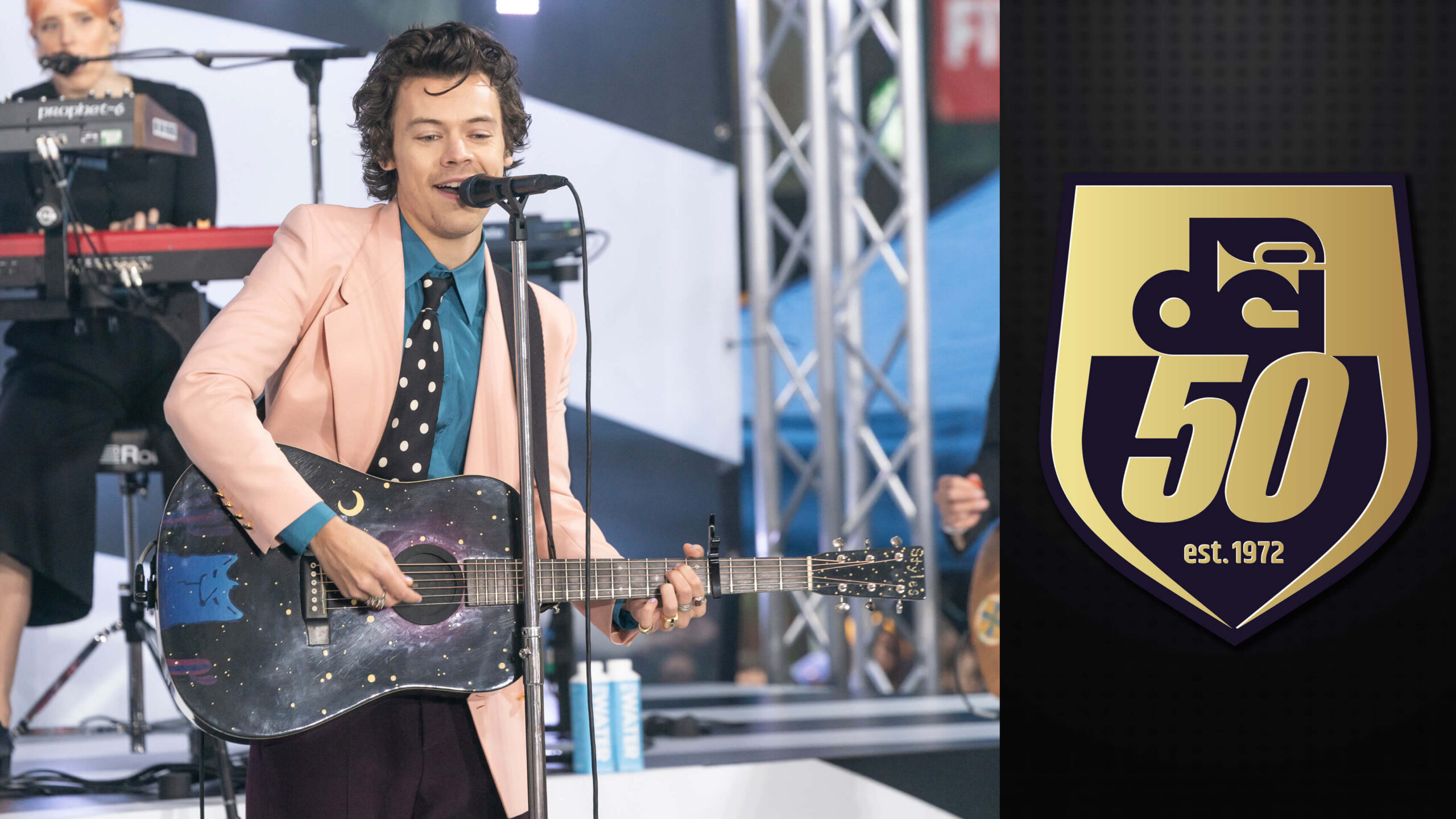 As the calendar turns to June and corps’ spring training rehearsals commence, excitement is continuing to build around the 2022 Drum Corps International Summer Tour.

PURCHASE TICKETS TO A 2022 DCI TOUR EVENT NEAR YOU

All across the country, drum corps have begun to reveal information regarding their on-field programming and music selections for the 2022 season, which will feature a return to competition and full-summer tour for the first time since before the pandemic shutdown.

Among the many exciting and sure-to-be-ear-catching music selections set to be performed on football fields across the United States, here are 10 popular artists whose music will be brought to life by corps on DCI’s 2022 50th Anniversary Summer Tour.

Two corps are set to utilize Mars’ music in 2022. Blue Devils’ “Tempus Blue,” will feature the opening track on Mars’ joint 2021 album with Anderson .Paak and Silk Sonic — “Silk Sonic Intro” — while Blue Knights will perform Mars’ “Locked Out of Heaven” as part of the Denver corps’ 2022 production, “Vibe.”

One of Styles’ most popular songs with more than one billion plays on Spotify, “Sign of the Times” — published on the award-winning artist’s 2017 album — will serve as a title song for The Cavaliers’ 2022 production, “Signs of the Times.”

One of Sia’s most popular songs, “Chandelier,” makes its second DCI Tour appearance, after first being used by Jersey Surf in its 2017 program, “Make it Our Own.” Carolina Crown is set to perform “Chandelier” — which has more than one billion Spotify plays and reached top billing on Billboard’s U.S. Dance Club Songs list in 2014 — as part of its 2022 program, “Right Here Right Now.”

The wildly-popular recording artist — who burst onto the music scene before the age of 16 — has popped up on corps’ repertoire lists over the past couple of years. Eilish’s music was set to appear in Madison Scouts’ 2020 production before the pandemic-forced cancellation of that season, and her song “Lovely” was performed by Blue Knights in 2021.

In the summer of 2022, Eilish’s most-listened song — with more than four billion Spotify plays — “Bad Guy,” will be performed in Louisiana Stars’ New Orleans-centric production, “Spellbound.”

For the second time in three years — and the second time ever — the hard-rocking music of Metallica is making its way to the drum corps stage. In Santa Clara Vanguard’s 2019 program, “Vox Eversio,” the corps featured Metallica’s “Nothing Else Matters.”

Troopers will bring the same piece to life as part of the corps’ 2022 production, “Voracious.” The corps has already revealed a rendering of its arrangement of the Metallica hit; set to be performed as a ballad movement in the corps’ oil-themed program, “Nothing Else Matters” will be melded together with Ennio Morricone’s, “The Ecstasy of Gold.”

The music of Led Zeppelin has found its way to the field several times in recent drum corps history, and will return in Colts’ 2022 production, “The Silk Road,” by way of the band’s 1974 song, “Kashmir.”

In Mandarins’ “The Otherside,” the corps plans to share, per its recent release, “music inspired by” Pink Floyd and other artists.

Repertoire from the Pink Floyd catalog has been part of championship-winning performances of the past, including Bluecoats’ 2016 “Down Side Up” production, which featured “Great Gig in the Sky.” Colts’ 2014 production, “Dark Side of the Rainbow,” also featured six unique Pink Floyd charts.

Last heard in Santa Clara Vanguard’s 2018 championship-winning production, “Babylon,” and Vanguard Cadets’ 2019 program, “What About Us,” Peter Gabriel’s music has made its way into the drum corps idiom on a handful of recent occasions.

This summer, as part of Pacific Crest’s programming, “Welcome to the Void,” the corps will utilize “Intruder,” off of Gabriel’s 2011 album, “New Blood,” in which he reimagined several of his more prominent songs.

Spears’ music is back on the field this summer after being utilized in Blue Devils’ 2019 championship-winning production, “Ghostlight.” “Toxic,” Britney’s chart-topping 2003 song, was also performed by Southwind in 2017.

For the 2022 season, the music of Britney Spears is back in Genesis’ 2022 production, “Dorothy.” To date, Genesis has only announced the artists to be featured in its “Wizard of Oz”-based program, with specific titles to be announced in the near future.

Another of Genesis’ featured artists in 2022, the music of Sara Bareilles was last seen on the DCI stage in 2011, performed by Blue Devils B. Carolina Crown also performed Bareilles’ “Gravity” in its 2021 non-touring production, “In My Mind.”